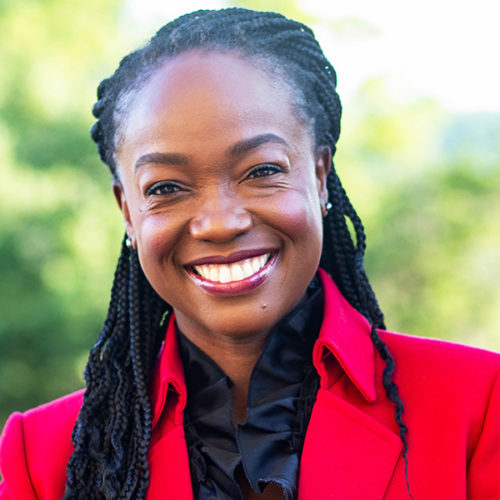 Karundi Williams is the Executive Director of re:power, a national progressive training and capacity building organization. In this role, Karundi leads a national team of strategists, organizers, and technologists towards re:power’s bold mission of building transformative political power with and for communities of color at all levels in our government and power structures.

She brings more than two decades of experience in local government, the labor movement, and the progressive ecosystem to re:power. Her focus is on creating systems for communities of color to build their political power to create social change—whether it be community organizing, connecting everyday people to policy platforms or investing in infrastructure and resources.

Karundi held multiple leadership positions at Service Employees International Union (SEIU), one of the largest unions in the country. In her role as Political Director for the Midwest initiative and the Director of State and Local Programs, she directed national policy priorities, managed a host of state legislative campaigns, and elevated the needs of working people in the national discourse. Her work included forming coalitions between elected officials, civic organizations, and local progressive organizers as a means of building power for working families, especially communities of color. The depth and breadth of her work in the Midwest, Florida, California, Oregon, Connecticut and around the country showcases her commitment to building state-based infrastructure, even in off-cycle years.

Karundi is an experienced organizer who cut her teeth at the state level, working in local government. The skill she developed during this time, will serve her well as she oversees one of the largest training and capacity building hubs in the country. Her superpower as an organizer is her ability to build programs and inspire teams to strategize and work differently, together. Karundi is based in Washington, D.C. with her partner Rafiq and their daughter, Zoya.

An organizer or movement that inspires me:

The Black Lives Matter movement is the civil rights fight of our generation. Through the power of protest, it forced a nation to confront its long, ugly history of racial inequality and inspired activists around the worldwide.