Home > News & Statements > From Karundi > Statement on the overturning of Roe v. Wade 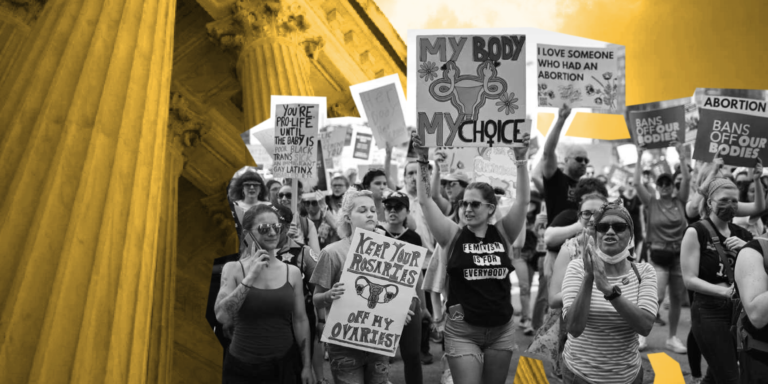 Today, the Supreme Court of the United States (SCOTUS) overturned the 1973 decision of Roe v. Wade, the decision which protected the right to abortion in this country. Justice Alito makes it clear what he hopes to do with this decision—to reset our country, back to a time that is aligned with the “history and traditions” of our nation. In fact, in multiple places throughout his opinion, Justice Alito refers to this notion. He says that in determining today’s ruling, the Court asked itself “whether the right [to abortion] is ‘deeply rooted in [our] history and tradition’ and whether it is essential to our Nation’s ‘scheme of ordered liberty.’”

Why am I focused on Justice Alito’s insistence that we adhere to the traditions and history of our nation? Because what Justice Alito is really saying is that he, and many others who want to deny our bodily autonomy, are seeking a country in which white supremacy and patriarchy remain intact. A country in which control of our bodies is not our own. The same country that supported the enslavement and torture of Black bodies.

Today’s decision was not a surprise—we knew this was the goal. It feels scary and bad. So, so bad—especially for women of color, non-binary and gender non-conforming people of color, poor people, and anyone who lives at the intersections of marginalization based on race, gender, sexuality, and class. The impact of losing the right to abortion is directly related to losing our rights to bodily autonomy and losing access to so many supports, like compassionate healthcare, that allow us to live full and free lives.

But I also know that for people like me who live at the intersections of race and gender—Black women and other women of color, Indigenous and Native women, trans and non-binary people of color—our rights have never felt secure in this country. Even when we see progress, we immediately hear the distant roar of those who are coming to take it away. And I’m certain that more attacks on our rights are on their way, as illustrated by Justice Thomas’ reference to the Griswold, Lawrence, and Obergefell decisions.

I started my morning not thinking about SCOTUS, but instead reflecting on an incredible thing that happened this week: our first Women of Color Leadership cohort in-person kick-off in Baltimore, MD. 32 incredible women of color leaders came together to begin a journey in which they will deepen their leadership, their understanding of themselves and of each other. All of these women work daily in service of their communities. They are our future leaders. They are my seeds of hope.

Today’s decision placed an ominous gray cloud over all of us. We must seek out the rays of sunshine that break through the clouds and stand in that warmth whenever we can.

I won’t deny that the fight ahead of us will be hard, but we’ve been in this fight for longer than we think. Our ancestors were fighting this fight and our descendants may have to continue it. And in that timeline, there is still so much that we can accomplish together.